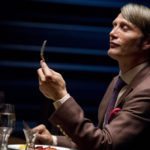 We all remember where we were when the news came out that Hannibal, a.k.a. one of the finest shows to ever grace the small screen, was abruptly cancelled. It was disappointing, but not exactly a shocker: From Season 1 Hannibal was not pulling in the viewers that NBC had hoped for, despite receiving critical acclaim. […]