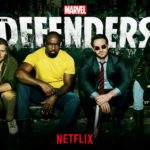 Hello, welcome to Pop Cult Corner, a new feature exploring the latest pop culture talking points from the worlds of TV, film and the wider industry. This first edition will be looking at Disney, particularly the Star Wars and Marvel properties – two behemoths in today’s popular culture. I’ll be giving my random pick for the new […]