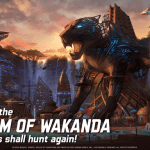 Kabam has released new details for their upcoming real-time mobile Action RPG MARVEL Realm of Champions.  This action RPG will whisk players away to the Battleworld where they will ally themselves with one of several Marvel inspired houses, each themed after a particular Marvel hero. The latest details revealed provides information on the Kingdom of […] 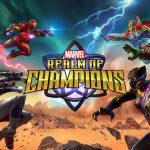 Yesterday at New York Comic Con, Kabam – the developer behind the hit Marvel Contest of Champions – announced the upcoming release of the brand new mobile RPG Marvel Realm of Champions, where players will align with Marvel-inspired factions known as ‘Houses’, and team up with friends for real-time action arena combat against enemies and […]