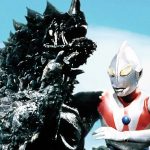 Marvel’s new series The Trials of Ultraman gets underway next month as writers Kyle Higgins and Mat Groom and artist  Francesco Manna, the creative team behind the pop culture icon’s Marvel Comics debut The Rise of Ultraman dive even deeper into the  Ultraman mythos. “In The Rise of Ultraman, we had to create a whole […] 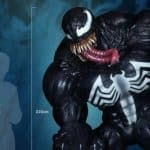 Any Venom fans out there with $12,899.99 burning a hole in their pockets may want to check out the newest offering from collectibles company Beast Kingdom, which has announced the upcoming release of a massive, seven foot tale life-size replica of Marvel Comics’ alien symbiote! Check out the promotional images for this monster-sized statue here… […] 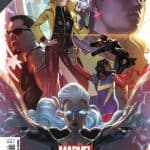 Deadline is reporting that up and coming actress Laurel Marsden (Survive) has been cast alongside Iman Vellani in Marvel Studios’ Disney+ series Ms. Marvel. As revealed by the trade, Marsden will portray Zoe Zimmer, a character introduced into the Marvel universe in 2014’s Ms. Marvel #3. A popular girl at Kamala Khan’s (Vellani) school, Zimmer […] 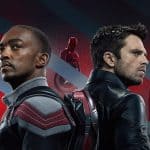 With WandaVision moving full steam ahead towards its conclusion, we’re now just a month away from the premiere of Marvel Studios’ second Disney+ offering as Anthony Mackie’s Sam Wilson and Sebastian Stan’s Bucky Barnes reunite for The Falcon and the Winter Soldier. To mark the occasion, the official Twitter account has shared two new promos […] 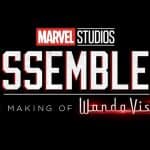 A year and a half on from Spider-Man: Far From Home, we finally got our first taste of Phase Four of the Marvel Cinematic Universe last month with the premiere of WandaVision, with Fridays quickly becoming the highlight of the week for content-starved MCU fans as new episodes hit Disney+. Sadly, there’s just two episodes […] 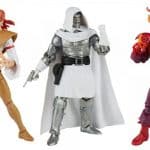 For its latest Fan First Friday reveal, Hasbro has announced that pre-orders are now open for its new Marvel Legends Series Super Villains wave which includes 6″ figures for Doctor Doom, Dormammu, The Hood, Lady Deathstrike, Arcade, A.I.M. Scientist Supreme, and the Red Skull, each of which include parts for a Build-A-Figure Xenmu! Take a […] 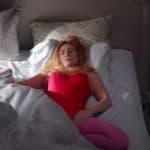 Hasitha Fernando on the biggest takeaways from episode seven of Marvel’s WandaVision… Marvel just keeps ramping up the ante with each new episode of WandaVision and this week ain’t no different. Now that we’ve moved through the decades and reached the age of modern-day sitcoms like The Office and Modern Family, one might think that […] 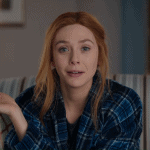 Martin Carr reviews the seventh episode of Marvel’s WandaVision… Aside from the Modern Family makeover, there are enough Easter eggs to satisfy the most eagle-eyed fanboy this week. Glitches in the fabric of this superficial suburbia mix seamlessly with a Wanda in flux. Elizabeth Olsen displays a gift for direct to camera delivery which elevates […] 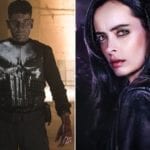 Marvel has regained all live-action rights to the previously owned Netflix characters, including Daredevil, Luke Cage, and Iron Fist, as it is being reported that the rights for Jessica Jones and The Punisher have now reverted back to Marvel. As reported by ComicBook.com, the multi-year deal between Marvel and Netflix has officially come to an […]