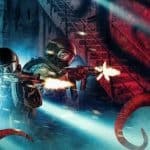 A trailer, poster and images have been released for writer-director Matt Mitchell’s sci-fi action horror The Facility, the follow-up to 2017’s The Rizen, which follows a group of urban explorers and a a private mercenary unit that stumble across a hidden testing facility and unleash an unthinkable evil that could tear the world apart; check […] 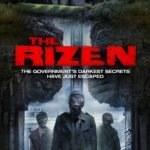 The Rizen, 2017. Directed by Matt Mitchell. Starring Laura Swift, Christopher Tajah, Patrick Knowles, Adrian Edmondson, Julian Rhind-Tutt, and Sally Phillips. SYNOPSIS: The year is 1955. NATO and the Allied Forces have been conducting secret, occult experiments in a bid to win the Arms Race. Now, they have finally succeeded but what the Army has […]

With a little under a month to go until its U.S. VOD release, a trailer has arrived online for writer-director Matt Mitchell’s action horror The Rizen which stars Laura Swift, Sally Phillips, Bruce Payne, Julian Rhind-Tutt, Tom Goodman Hill, and Adrian Edmondson; check it out below after the official synopsis… SEE ALSO: Read our review […]

The Rizen, 2017. Directed by Matt Mitchell. Starring Laura Swift, Sally Phillips, Tom Goodman-Hill, Julian Rhind-Tutt, Bruce Payne, Lee Latchford-Evans, Jayson Dickens, Christopher Tajah, and Laurence Kennedy. SYNOPSIS: In the 1950s, a woman awakens in an underground tunnel with no memory of how she got there. She discovers that the military has been conducting occult experiments […]