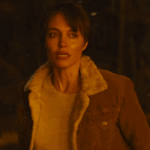 Warner Bros. has debuted the first trailer for the upcoming thriller Those Who Wish Me Dead. Directed by Taylor Sheridan, the film is based on Michael Koryta’s novel of the same name and stars Angelina Jolie as Hannah, a smoke-jumper working in a fire tower in the Montana wilderness when she encounters a 12-year-old boy […] 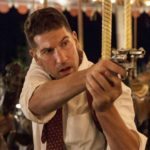 Back in January it was announced that Angelina Jolie (Maleficent) is set to star in Those Who Wish Me Dead, a chase thriller from writer-director Taylor Sheridan (Wind River), and now comes word of a host of additions to the cast. As revealed by Deadline, Jolie will be joined in the adaptation of Michael Koryta’s […]