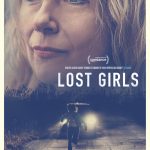 Netflix has released a poster and trailer for director Liz Garbus’ upcoming mystery drama Lost Girls. Inspired by Robert Kolker’s best-selling nonfiction book of the same name, the film stars Amy Ryan as a mother who launches her own investigation of the mysterious disappearance of her daughter, and also features a cast a that also […]