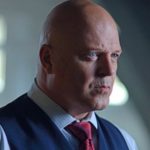 The Shield and Gotham star Michael Chiklis has signed on to a new drama pilot at CBS, with the actor set for the release role in Murder, which is being produced by Lin Pictures and Warner Bros. TV. Based on the British miniseries, Murder sees Anthony Hemingway directing from a script by Amanda Green, and […]