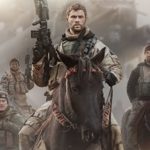 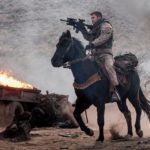 Walt Disney Pictures has announced that casting on Guy Ritchie’s Aladdin is now complete, and that filming on the live-action remake of the animated classic is now underway at Longcross Studios outside London. Marking the occasion, Will Smith – who is portraying Genie – shared a selfie alongside his co-stars Mena Massoud (Aladdin), Naomi Scott […]