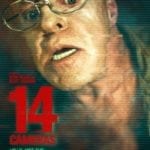 With a little over a month to go until its theatrical release, a poster and trailer have arrived online for 14 Cameras, the upcoming sequel to 2015’s thriller 13 Cameras. Directed by Scott Hussion and Seth Fuller, the film sees the return of stars Neville Archambault and Brianne Moncrief alongside newcomers Amber Midthunder, and Chelsea Edmundson; check […]