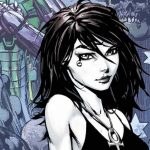 Neil Gaiman and Netflix have revealed the next round of casting for the anticipated series adaptation of Gaiman’s The Sandman and it is quite a large group as a dozen actors have been announced. Starring in The Sandman is Kirby Howell-Baptise (The Good Place), Patton Oswalt (Marvel’s M.O.D.O.K.), Mason Alexander Park (Transplants), Donna Preston (Loves Spell), Razane Jammal (Paranormal), Joely […] 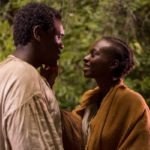