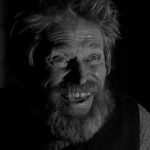 Curzon Film World and distribution partners Artificial Eye have reported to Blu-ray.com that they have added a few new titles to their forthcoming release slate in the first half of 2015. The biggest releases among them include LFF 2014 favourite The Duke of Burgundy, directed by Peter Strickland, and Lars von Trier’s Nymphomaniac Director’s Cut. […]