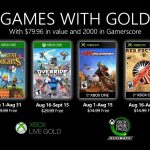 For the past few months I’ve tried to say something positive about Xbox Games with Gold although most months I’m also feeling a tad disappointed at the majority of games on offer.  Sadly this month is also one that makes me feel quite disappointed, but on the bright side the games are free and I […] 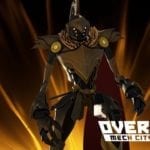 Modus Games has announced the release of the 3rd DLC for their mechtastic mech battler Override: Mech City Brawl.  This latest DLC introduces Bellona, a mech inspired by the gladiators of ancient Rome.  You can watch Bellona’s deadly moves in the new trailer below… Bellona is like an ancient gladiator, fearsome to watch and terrifying to fight […] 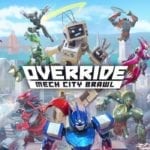 Modus Games and developer The Ballance Inc. have announced their epic mech brawler Override: Mech City Brawl will be running a Closed Beta event this weekend 10th-12th August.  This event will give players the opportunity to experience fast paced mech brawls in giant mechs just like your fan favourite animes.  If you want to see more coming […]