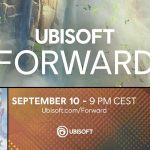 At this year’s Ubisoft Forward event Ubisoft revealed big news for their Tom Clancy titles, The Division 2, Rainbow Six Siege and Ghost Recon: Breakpoint, there’s lots of cool new features coming to these titles in the near future.  You can watch the accompanying trailers below… If you think you’ve completed all there is to […] 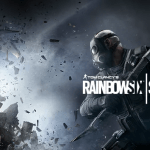 Ubisoft UK has announced that they have partnered up with the National Student Esports (NSE) to bring Tom Clancy’s Rainbow Six Siege to the British University Esports Championship this Spring.  The tournament is set to begin on the 10th February. The British University Esports Championship, running from 10th February and ending with the final on 18th […] 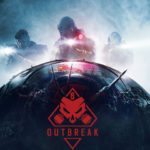 Alien parasites are coming to Rainbow Six Siege next month as the tactical first person shooter gets its own take on Call of Duty’s ‘Zombies’ with the arrival of the three-player co-op mode , and you can take a look at a gameplay trailer here… Outbreak sends three operators to Truth or Consequences, New Mexico […] 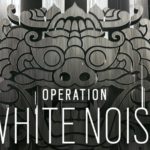 With Year 2 of Tom Clancy’s Rainbow Six: Siege coming to a close Ubisoft have revealed a South Korean theme with Operation White Noise.  Ubisoft also announced that there would be more exciting things to come in Year 3, so that’s something to look forward to.  Following on from the previous epic expansion, Blood Orchid, Operation […] 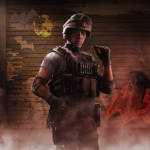 Ubisoft released the military tactical shooter Rainbow Six Siege back in December 2015, which seems so long ago now. And, to celebrate the arrival of the latest DLC pack ‘Operation Velvet’, Ubisoft have decided to make the game Free to Play between February 2nd and February 5th. So starting today wither you are on PC, […]

With Watch_Dogs 2 just being released you may think that all of Ubisoft’s attention is going to be on their bright new child. Well this just isn’t the case, as just announced is the latest update for Tom Clancy’s Rainbow Six Siege, titled Operation Red Crow.   This free update will see a new map appear […]

Ubisoft’s next free update for Rainbow Six Siege, Operation Dust Line, is due for release on the 11th May on consoles and PC and promises to bring more challenges and improvements to gameplay. Operation Dust Line contains a new map called The Border Map which contains a mix of old and new structures with open air pathways […]

The second DLC pack for Rainbow Six Siege, Operation Dust Line, will be released on May 11th, Ubisoft has confirmed. Operation Dust Line will introduce a brand new map and two new Navy SEAL operatives named Valkyrie and Blackbeard.  Blackbeard is an attacking operative and will come equipped with rifle and riot shield whilst the […]

With its open beta set to get underway next week, a new live-action TV spot has arrived online for the upcoming first-persons shooter Tom Clancy’s Rainbow Six Siege, which stars Idris Elba. Check it out here, along with three featurettes … https://www.youtube.com/watch?v=554XiLSZZeA – Inspired by counter-terrorist operatives across the world, Rainbow Six Siege invites players […]