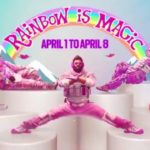 If you ever dreamed of playing a tactical shooter with the aesthetics of a children’s TV show or book, now is your chance. The ‘Rainbow is Magic’ event for Rainbow Six Siege, introduced yesterday, has added a new game mode this week as part of an elaborate April fools’ prank. You have until April 8th […] 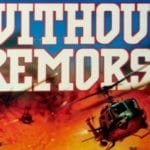 Michael B. Jordan (Creed) will be gearing up soon as late author Tom Clancy’s character John Clark in Without Remorse, with Paramount setting a release date for the Clancy adaptation for September 18th, 2020. The film comes from Sicario: Day of the Soldado‘s director Stefano Sollima and writer Taylor Sheridan. John Clark is considered to be Clancy’s […] 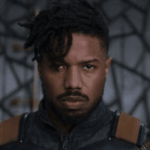 Variety is reporting that Black Panther and Creed star Michael B. Jordan has signed on to portray the character of ex-Navy SEAL and CIA agent John Clark in big screen adaptations of Rainbow Six and Without Remorse. Clark featured as a supporting character in Clancy’s Jack Ryan novels, as well as taking centre stage in […]

According to Deadline, Akiva Goldsman (King Arthur: Legend of the Sword, The Dark Tower) has signed on to produce an adaptation of the Tom Clancy bestseller Rainbow Six as part of his new deal with Paramount Pictures. The site reports that Deadpool star Ryan Reynolds has held talks with the studio about taking on the […]

With Watch_Dogs 2 just being released you may think that all of Ubisoft’s attention is going to be on their bright new child. Well this just isn’t the case, as just announced is the latest update for Tom Clancy’s Rainbow Six Siege, titled Operation Red Crow.   This free update will see a new map appear […]

Last fall it was announced an unnamed Jack Ryan television series, based off the Tom Clancy novels, was in development over at Amazon Studios. Now comes news that The Office and 13 Hours star John Krasinski has been cast in the lead as CIA analyst Jack Ryan. Not much is known about the Jack Ryan […]

In this week’s Flickering Myth Gaming Podcast the two Tom’s turn their collective attentions upon gaming franchises, dragging the numerous sequels and expanded universes into their conversation… With the latest Far Cry Primal (Check out our reviews here and here) hitting the shelves at the beginning of this week both Tom Powter and Tom Roach take a […]

With its open beta set to get underway next week, a new live-action TV spot has arrived online for the upcoming first-persons shooter Tom Clancy’s Rainbow Six Siege, which stars Idris Elba. Check it out here, along with three featurettes … https://www.youtube.com/watch?v=554XiLSZZeA – Inspired by counter-terrorist operatives across the world, Rainbow Six Siege invites players […]