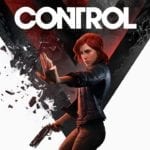 Having been unceremoniously leaked through Microsoft’s Xbox Store the release date for Remedy Entertainment’s new third person shooter Control has been officially revealed. The developers of titles such as Max Payne, Alan Wake and Quantum Break have confirmed via Eurogamer that Control will be released this year on August 27th. Control was announced last year during […]

505 Games and developer Remedy Entertainment have revealed a strange new world in the latest trailer for their highly anticipated supernatural action adventure game Control.  This new trailer can be seen below and features narration by James McCaffrey of Max Payne and Alan Wake fame. Control takes players to an ever-changing world filled with the strange and […]