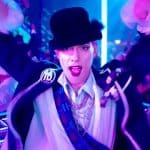 Lionsgate has released a poster and trailer for the upcoming musical drama Everybody’s Talking About Jamie. Directed by Jonathan Butterell, the film is based on the stage musical of the same name and follows 16 year old Jamie (Max Harwood) as he pursues his dream of becoming a drag queen. Joining Harwood is the cast […]

Universal Pictures has announced that filming has wrapped on Dad’s Army, the upcoming feature remake of the beloved British comedy series, and the film has been given a UK release date of February 5th, 2016. “We are proud to bring Dad’s Army to cinema audiences early 2016. This feature film re-imagining of the characters from the original […]