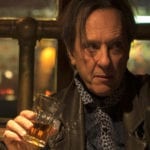 Variety is reporting that Richard E. Grant (Can You Ever Forgive Me?) is set to portray a former drag queen in an upcoming feature film adaptation of the British stage musical Everybody’s Talking About Jamie. According to the site, the film will tell the story of Jamie (Max Harwood), a 16-year-old who doesn’t quite fit […]