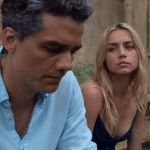 Netflix has released a poster and trailer for the upcoming drama Sergio. Directed by Greg Barker, the film follows Sergio Vieira de Mello (Wagner Moura), a UN Diplomat who takes up one last assignment in Baghdad during the chaotic aftermath of the US invasion of Iraq, as he readies himself to settle down with the […]