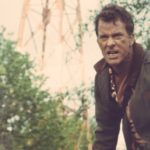 After several release date delays and some additional photography that apparently reworked “three quarters of the third act”, we’re now set to get our very first look at Shane Black’s reboot The Predator, with a trailer for the sci-fi action movie arriving online this Thursday. Here’s the tweet announcing the trailer, followed by a selection […] 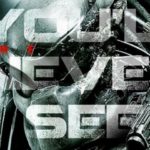 With a trailer set to premiere at CinemaCon today (and hopefully online shortly after), 20th Century Fox has released the first synopsis for Shane Black’s The Predator; check it out here… From the outer reaches of space to the small-town streets of suburbia, the hunt comes home in Shane Black’s explosive reinvention of the Predator […] 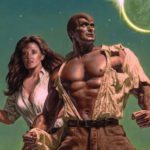 Back in 2013, director Shane Black signed on to direct a Doc Savage movie, with Dwayne Johnson cast as Man of Bronze some three years later. Fast forward another two years, Johnson has now revealed to Collider that rights issues could well prevent the movie from becoming a reality. “First of all, love Shane Black […]

Having originally been slated for release in February, 20th Century Fox and Shane Black’s reboot The Predator was pushed back to August, before settling – for the time being – on a September release date. It was recently announced that the film would be undergoing two weeks of reshoots, and actor Keegan-Michael Key has now […]

Originally intended for release in February of this year, Shane Black’s The Predator is currently undergoing reshoots as it works towards a September 14th opening. With very little emerging from the project beyond the original promotional shots and news of delays, Black has taken to Twitter to respond to questions about the status of the film. […]

Having originally been pushed back from its planned March 2nd release date to August, Shane Black’s The Predator is set to undergo a brief round of reshoots in Vancouver this March, with Black reassembling his cast for two weeks. Details on the reshoots are scarce, but there are a few unsubstantiated rumours – potentially pure […] 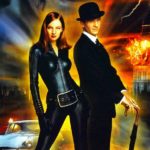 He’s currently deep in the jungle on post-production with The Predator, so Shane Black has left his long-time collaborator, Fred Dekker, to do the talking about their plans for a reboot of British 1960’s spy series, The Avengers. Dekker, who directed 1987’s The Monster Squad (co-written by Black), was giving a career retrospective to The Dark […]

While doing the press rounds for Pixar’s Coco, Edward James Olmos has backed up Thomas Jane’s comments from a couple of weeks ago by stating that Shane Black’s The Predator ‘is gonna be funny’. The Blade Runner and Battlestar Gallactica veteran was talking to Cinema Blend when he spilled the following details: “That’s an interesting […] 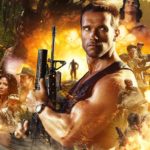 With the Arnie classic enjoying a one-day re-release to mark its 30th anniversary, Sean Wilson unpacks the secrets of Predator’s genre-defining score… It’s a very good time to be an Alan Silvestri fan at the moment. Not only is the veteran Back to the Future composer assigned to both Steven Spielberg’s Ready Player One and […]

The story of Shane Black’s upcoming The Predator has been pretty short on details up to this point. All we really know about the film is that it takes place in a suburban area as a group of soldiers try to take down the new Predator. Now, however, star Thomas Jane (The Expanse) appeared on the Shadow […]