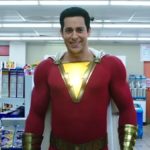 Just days after setting a July 2022 release date for the long-planned The Flash solo movie, Warner Bros. has now added another DC project to its upcoming schedule, the studio having dated New Line Cinema’s Shazam! 2 for April 1st 2022. The follow-up to this year’s origin story – which grossed almost $365 million at […]

UPDATE: According to Comic Book, the below information is inaccurate, and there was no official announcement about Shazam 2 during Brazil’s Comic Con Experience. Original story follows… Though it was already a certainty, Warner Bros. officially announced at CCXP that Shazam 2 is in development with Zachary Levi returning as the title superhero and David F. […] 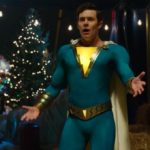 Adam Brody, one of the stars of Shazam!, has commented on possible sequels and the expectations surrounding superhero movies. Many fans enjoyed seeing the grown-up versions of the family on screen, with Adam Brody playing the adult version of Freddy Freeman thanks to the power of Shazam. But has the actor thought about possible sequels […] 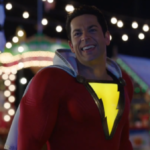 Zachary Levi, the star of Shazam!, has revealed that Warner Bros. and the powers that be want to make Shazam! 2 “as soon as possible”. Shazam! certainly defied a lot of expectations upon release, proving to be the kind of entertaining adventure that many DC fans are eager to go on. But when can we […] 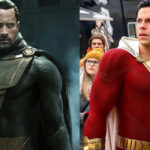 With Shazam! about to have its home media release and the sequel set for production sometime next year, there’s been talk as to whether we might finally see Dwayne Johnson (Fast & Furious Presents: Hobbs & Shaw) starring as the champion’s archnemesis Black Adam, after plans to include him in the first movie were dropped. However, it […]

With the film topping the box office this past weekend with $159.1 million worldwide, Warner Bros. Pictures, New Line Cinema and DC Films are jumping straight into a sequel to Shazam!, with The Wrap reporting that screenwriter Henry Gayden has signed on to pen the script for Shazam! 2. The outlet reports that Gayden, who […]