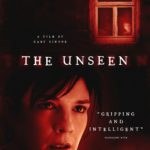 The Unseen, 2017. Directed by Gary Sinyor. Starring Jasmine Hyde, Richard Flood, and Simon Cotton. SYNOPSIS: The loss of their young son in a tragic accident devastates Will and Gemma.  She starts having panic attacks and he is convinced he hears their little boy talking to him.  On the suggestion of their new friend, Paul, […] 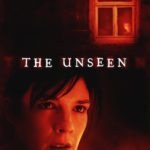 The Unseen, 2017. Written and Directed by Gary Sinyor. Starring Jasmine Hyde, Richard Flood, and Simon Cotton. SYNOPSIS: Gemma and Will are shattered when their son dies in an accident. Gemma blames herself and starts to have panic attacks that affect her eyesight – and the audience’s point of view. Will, tormented, believes he is hearing […]