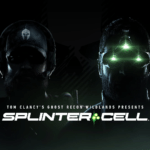 Splinter Cell franchise producer Basil Iwanyk recently spoke about the direction the film adaptation will be heading during an interview with Collider. “The challenge of making Splinter Cell interesting was we didn’t have this IP with a very specific backstory. That allowed us to make up our own world and really augment and fill out […]

As part of Ubisoft’s 30th Anniversary celebrations they have decided to start handing out gifts ( though we’re sure that it’s supposed to be the other way around?). Starting last month with Prince of Persia: The Sands of Time and running all the way until the end of the year, the Ubisoft Club will be giving away a classic PC […]

The Week in Movies discusses the last seven days in cinema, including rumours of Ben Affleck feeling “humiliated” behind the scenes at the reaction to Batman v Superman: Dawn of Justice, the first trailer for the Michael Fassbender-starring Assassin’s Creed, a reported cameo for Tom Hardy in Star Wars: Episode VIII and much, much more… The […]

Back in 2012, it was announced that Tom Hardy (Mad Max: Fury Road) had signed on to play Sam Fisher in a big screen version of Tom Clancy’s Splinter Cell. The project went quiet until 2014 when Doug Liman (Edge of Tomorrow) was announced to direct, but he left the project and Frank John (Dark Tourist) […]

New Regency and Ubisoft Motion Pictures have announced today that they have found a new writer for their long-awaited adaptation of hit video game Splinter Cell, reports Deadline. Frank John Hughes has been set as the new scribe for the film, which is set to star Tom Hardy (Mad Max: Fury Road) and will be […]

Hidden within an interview with Collider about John Wick were some comments by producer Basil Ilwanyk (The Town, The Expendables) about the upcoming Splinter Cell adaptation from Edge of Tomorrow director Doug Liman. The film has been in the works for quite some time now, and stars Tom Hardy in the lead role of badass Navy Seal operative Sam Fisher. The […]