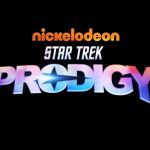 Franchise producers Alex Kurtzman and Heather Kadin have just kicked off the Star Trek Universe virtual panel from Comic-Con@Home by announcing that the upcoming animated Nickelodeon series is titled Star Trek: Prodigy. Here’s a look at the official logo… First announced back in 2019, the animated series is being targeted at young viewers, with Kadin […]