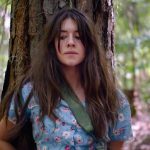 Sony Pictures has released a newtrailer for the upcoming adaptation of Delia Owens’ New York Times bestseller Where the Crawdads Sing. Directed by Olivia Newman, the thriller follows Kya (Daisy Edgar-Jones), a young woman who was abandoned as a child and raised herself in the marshlands of North Carolina, who finds herself the main suspect […]