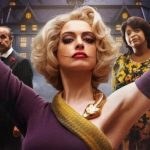 In the wake of Warner Bros. Discovery shelving Batgirl and Scoob! Holiday Haunt, the shocks keep coming as WBD has quietly removed several HBO Max originals from the service in an apparent effort to save on costs as Discovery’s David Zaslav continues re-organizing after the merger. The films that have been removed include 2020’s remake of The Witches, Moonshot, Superintelligence, An American […] 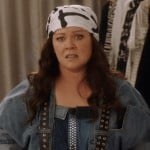 HBO Max has released a poster and trailer for director Ben Falcone’s upcoming comedy Superintelligence which stars James Corden as an all-powerful A.I. who chooses to study Earth’s most average person, Carol (Melissa McCarthy), to decide whether to save or destroy humanity; check them out here… When an all-powerful Superintelligence (James Corden) chooses to study […]