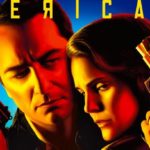 One of the stars of The Americans, Keri Russell, says that she knows it was time for the show to come to an end. Knowing when to end a series is something so many studios and shows fail to grasp, letting programmes run on and on until most of the viewership has either lost interest […]

With just two weeks to go until the premiere of the sixth and final season of The Americans, FX has released a trailer for the acclaimed Cold War spy drama which you can watch below… It’s autumn, 1987, and as a major arms control summit looms, Elizabeth is pushed to her limits as never before. […]

Samuel Brace on the Best TV Drama Emmy, what should be nominated, and what will be nominated… With voting ending for those with ballots last Friday and the Emmy nominations announcement coming in the middle of next month, I’ve been thinking about all the great TV dramas of the past year. There has been many […]

FX’s hit show The Americans goes from strength to strength, having recently been picked up for a fourth season, and now it has been announced that Frank Langella is set to return to the show as Gabriel, the KGB handler for main protagonists Philip (Matthew Rhys) and Elizabeth (Keri Russell). Executive producers Joel Fields and […]

Paul Risker chats with Noah Emmerich about The Americans Season 2… Ten years after graduating from Yale University, New Yorker Noah Emmerich began mapping his route to the big screen. Unlike many others, whose sights are set on being a leading man in Hollywood, Emmerich found his voice in character roles such as friend and […]

While the current television season may be gearing up for a winter break, we’ll have plenty of great stuff headed our way in January, thanks to a host of new premiere dates from FX and its sister spin-off network FXX. First out the gate are the FX series. Archer‘s sixth season will begin on Thursday, January 8th at […]