eOne Films has released a trailer for writer-director Christopher MacBride’s upcoming thriller The Education of Fredrick Fitzell which stars Dylan O’Brien (The Maze Runner) as a man who find his past, present and future intertwining as he tries to unravel the truth behind the mysterious disappearance of a friend from his youth; watch it here… […] 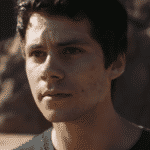 According to Screen Daily, Dylan O’Brien (The Maze Runner) and Maika Monroe (It Follows) are set to star in The Education of Fredrick Fitzell, the new film from writer-director Christopher MacBride (The Conspiracy). According to the site, the film is set to begin production this summer and follows a man who, after a chance encounter, […]