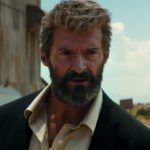 Hugh Jackman and director Baltasar Kormakur (Adrift) are said to be eyeing The Good Spy, which would see Jackman portraying Robert Ames, a CIA operative who pushed for breaking down barriers in the Middle East, and was killed during the 1983 American Embassy bombing in Beirut. The project, scripted by F. Scott Frazier and based […]