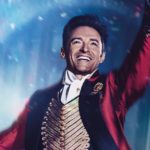 It may not have impressed critics, but the 2017 musical The Greatest Showman certainly resonated with audiences, with the Hugh Jackman-headlined film grossing $435 million worldwide, and its soundtrack album spending a total of 28 weeks at the top of the UK chart – tying with The Beatles’ Sgt. Pepper’s Lonely Hearts Club Band. Given […]