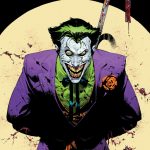 With a little under a month to go until its release, DC Comics has unveiled an unlettered first-look preview of The Joker 80th Anniversary 100-Page Super Spectacular #1, which celebrates eight decades of the Clown Prince of Crime; check it out here… WHAT COMES AT THE END OF A JOKE?” Spinning out of the pages […] 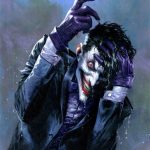 DC Comics celebrates 80 years of the Clown Prince of Crime next month with the release of The Joker 80th Anniversary 100-Page Super Spectacular, which will come with a selection of Decade Variants celebrating the evolution of the iconic supervillain; check them out here… Since his first appearance in April 1940, The Joker has become […]