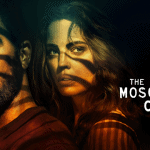 Ahead of its premiere on Apple TV+ later this month, a new trailer has been released for the upcoming drama series The Mosquito Coast, Rupert Wyatt’s upcoming adaptation of Paul Theroux’s 1981 novel, which stars Justin Theroux as a radical idealist who uproots his wife and children (Melissa George, Logan Polish and Gabriel Bateman) and […] 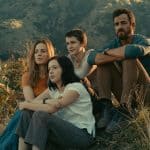 Apple TV+ has debuted the first trailer for the small screen adaptation of Paul Theroux’s 1981 novel The Mosquito Coast. The drama series stars Justin Theroux as Allie, a radical idealist who uproots his family and moves to Mexico seeking a safe haven; watch it here… From award-winning novelist and creator Neil Cross and based […] 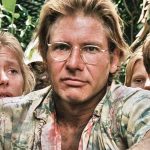 Variety is reporting that Justin Theroux (The Leftovers) is set to headline The Mosquito Coast, a small screen adaptation of his uncle Paul Theroux’s novel of the same name, which has received a series order from Apple TV+. Published in 1981, The Mosquito Coast follows an American idealist who uproots his family to Central America […]