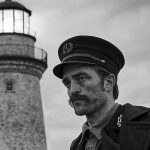 Robert Eggers, the director behind the horror film The Witch and this year’s The Lighthouse, is set to direct a Viking revenge tale titled The Northman. More impressively, Deadline has reported the lineup of stars who are currently in talks for lead roles in Egger’s next film which includes Nicole Kidman (Aquaman), Alexander Skarsgård (Big Little Lies), […]