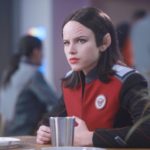 Martin Carr reviews the third episode of The Orville… Online entertainment sites seem more concerned with the impact of Thursday night football on The Orville than anything else. Fox also re-launched Gotham against the Star Trek pastiche which is another reason why ratings may have bottomed out for MacFarlane’s creation. Whatever their arguments for moving […] 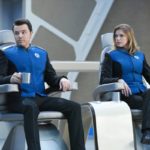 Fox has released a promo and batch of images for next week’s fourth episode of The Orville, entitled ‘If the Stars Should Appear’; take a look below… THE CREW ENCOUNTERS AN OLD SHIP ADRIFT IN SPACE ON AN ALL-NEW “THE ORVILLE” THURSDAY, SEPTEMBER 28, ON FOX Robert Knepper (“Prison Break”) Guest-Stars Ed and the Orville […]

Martin Carr reviews the second episode of The Orville… Critical opinion over Seth MacFarlane has always been split. With no skeletons in his closet, a genuinely affable persona and creative carte blanche he has been the target of jealous detractors for years. However with The Orville it’s time they cut him some slack and let […] 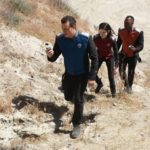 Fox has released a promo and batch of images for this coming Thursday’s third episode of The Orville, entitled ‘About a Girl’; take a look here… The Orville crew is divided between cultures when Bortus and Klyden debate if their newly born offspring should receive a controversial surgery in the all-new “About A Girl” time period […] 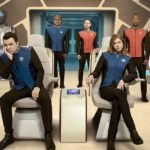 Seth MacFarlane recently took to Reddit for an AMA to promote his latest Fox sci-fi comedy, The Orville, where he revealed that the show may feature a cameo or two from the actors of the franchise that helped inspire it, Star Trek. When one user asked the Family Guy and American Dad creator/star if he had […]

The Orville has debuted to very good numbers in the US despite the mainly negative reviews it has received. The Seth MacFarlane, Star Trek inspired comedy managed to bring in 8.6 million viewers and a 2.8 rating among adults 18-49. Fox has pointed out that this is actually rather impressive, with the aforementioned adult demo […]

Martin Carr reviews the first episode of The Orville… This looks and feels like a flagship network show. Seth MacFarlane stands front and centre taking on full creative responsibility for The Orville. An affectionate and none to subtle pastiche of The Next Generation, J.J. Abrams’ Star Trek and of course Star Trek: The Original Series. High […]

Fox has released a San Diego Comic-Con trailer for Seth MacFarlane’s upcoming live-action sci-fi comedy series The Orville;, while it has also been announced that Charlize Theron is set to reunite with her A Million Ways to Die in the West co-star and director with a guest role in the show. Take a look at the […]

Fox has released a new promo for the sci-fi comedy series The Orville entitled ‘The New Captain is Thrilled!’ which focusses on Seth MacFarlane’s Captain Ed Mercer; take a look below… SEE ALSO: Watch the trailer for The Orville here From Emmy Award-winning executive producer and creator Seth MacFarlane (FAMILY GUY, “Ted”) and directed by Jon Favreau […]