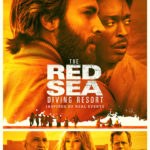 Ahead of its arrival on Netflix later this month, the streaming service has released a poster and trailer for the upcoming drama The Red Sea Diving Resort. Written and directed by Gideon Raff, the film is based on the true story of the 1981 rescue of thousands of refugees who were smuggled into Israel using […]