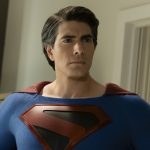 Brandon Routh (DC’s Legends of Tomorrow) has joined the third season of ABC’s The Rookie in a recurring role. Routh will play Doug Stanton, “an eleven-year veteran of the LAPD, whose views prove to be polarizing at the Mid-Wilshire station” and will be introduced in the second episode for a potential season-long story. According to Deadline, […] 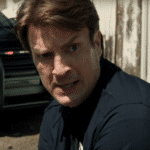 ABC has released a teaser trailer for the upcoming crime drama series The Rookie which stars Nathan Fillion as a man who casts aside his small town life and move to L.A. to live his life-long dream of being a cop alongside Alyssa Diaz, Richard T. Jones, Mercedes Mason, Afton Williamson, Melissa O’Neil, and Eric […]

With Castle coming to an end last year, Deadline is reporting that Nathan Fillion is set to reunite with ABC for the light crime drama The Rookie, which has received a straight to series order from the network. Fillion will also executive produce with Castle co-showrunner Alexi Hawley, who is writing the series. The Rookie […]