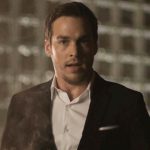 Kai Parker, played by Chris Wood, was a fan-favourite villain in season six of the hugely popular Vampire Diaries. Based on the books by LJ Smith and adapted for television by Kevin Williamson and Julie Plec, Vampire Diaries ran for eight seasons on The CW between 2009 and 2017. Since then, it has spawned multiple […] 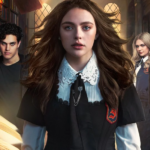 The first trailer has been released for the second season of The Vampire Diaries and The Originals spinoff series Legacies ahead of its premiere next month; watch the trailer here… The show centers around Hope Mikaelson, the vampire-witch-werewolf hybrid daughter of Hayley Marshall-Kenner and Klaus Mikaelson, and her time at a school for the supernatural […] 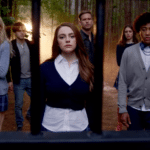 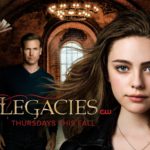 The CW has released a batch of promotional posters showcasing its fall schedule, which includes DC shows Supergirl season 3 (which has moved to Sundays), The Flash season 5, DC’s Legends of Tomorrow season 4, Arrow season 7 (which will now air on a Tuesday), Black Lightning season 2, Riverdale season 3, Supernatural season 14, and The […] 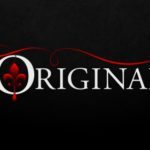 Back in August it was announced by The CW that a spinoff from The Vampire Diaries and The Originals was in development, focussing on the character of Hope Mikaelson, the tribrid daughter of Niklaus Mikaelson and Hayley Marshall-Kenner, and the world’s first werewolf-witch-vampire. Well, it seems the project – which is being developed by TVD/The […]

Last month it was announced that The Vampire Diaries spinoff The Originals is set to come to and end with its upcoming fifth season, but it seems the show may be set to receive a spinoff of its own. “There’s been many discussions about the character Hope,” said The CW president Mark Pedowitz at the […]

Today at the San Diego Comic-Con, The CW unveiled a teaser for the fifth and final season of The Vampire Diaries spinoff series The Originals which gives fans a first look at Danielle Rose Russell as teenage Hope; check it out here… On the fifth anniversary of the Mikaelson family’s greatest defeat. Although Marcel Gerrard has ushered […]

Nina Dobrev has taken to Instagram to reveal that she’ll be reprising her role as Elena Gilbert for the upcoming series finale of The CW’s supernatural drama The Vampire Diaries. View this post on Instagram I know it's Thursday, but this is not a TBT. #BackOnSet #TVDForever A post shared by Nina Dobrev (@nina) on […]

The CW released a first look at the fourth season of The Vampire Diaries spin-off The Originals at San Diego Comic-Con, along with the announcement that the show will employ a time-jump to around five years in to the future, setting it a little ahead of The Vampire Diaries following its eighth and final season. Take a […]

With Comic-Con coming to a close, we’ve been trawling YouTube today to find you a selection of the biggest panels from Saturday and Sunday, which you can check out right here… Star Trek Aliens 30th Anniversary The LEGO Batman Movie Kong: Skull Island King Arthur: Legend of the Sword Fantastic Beasts and Where to Find […]