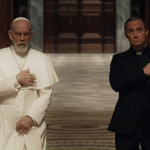 With just a month a go until the premiere of The New Pope, HBO has released a new trailer for the hotly-anticipated follow-up to Paolo Sorrentino’s acclaimed 2016 drama The Young Pope, which sees Jude Law reprising his role as Pope Pius XIII and stars John Malkovich as his successor Pope John Paul III; watch […] 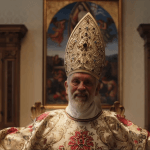 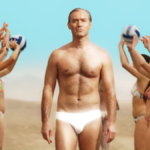 Ahead of its world premiere at the Venice Film Festival this weekend, HBO and Sky Atlantic have debuted the first trailer for The New Pope, the follow-up to Paolo Sorrentino’s acclaimed drama series The Young Pope, which sees Jude Law reprising his role as Pope Pius XIII; watch it here… The New Pope sees Jude […] 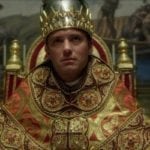 Samuel Brace on Jude Law’s role in The New Pope… “It’s all I think about. I even dream about it.” – Pope Pius XIII Alleluia! News broke this week that Jude Law will indeed be involved with The New Pope, the follow up to 2017’s best TV show, The Young Pope. No details are available […] 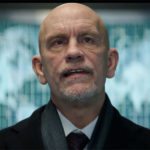 Back in May of last year it was announced that Paolo Sorrentino is following up his acclaimed HBO/Sky limited series The Young Pope entitled The New Pope, and now comes word from Variety that John Malkovich has been cast alongside the returning Jude Law. Law was not expected to return for the second series, although […] 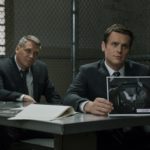 Samuel Brace with the 5 best TV shows of 2017 so far… So far 2017 has been a wonderful time for TV, and now that we are virtually halfway through the year, this is a good a time as any to reflect on the content received. Pound for pound, 2017 is ahead of what the […]

Earlier in the week it was announced that Paolo Sorrentino is developing a second season of his acclaimed drama series The Young Pope, although surprisingly it was revealed that Jude Law’s character Pope Pius XIII would be absent from the follow-up, titled The New Pope. Speaking to Variety, Law has revealed that he is fine with the […]

Paolo Sorrentino is creating a follow up series to The Young Pope, suitably titled, The New Pope. While it was said that Sorrentino was working on a second season to the HBO/Sky /Canal Plus drama The Young Pope, details were still unclear as to what exactly would happen to the Jude Law series. We now have […]

Samuel Brace on the battle for 2017’s best TV show… 2017’s television landscape has been set ablaze. It’s been a truly joyous start to the year and already the contenders are piling up for the best show of 2017. Obviously it’s far too early to call, some prospects have only just started, and there are […]