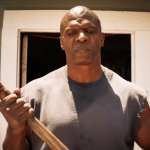 Saban Films has released a trailer for the upcoming thriller John Henry which stars Terry Crews as an ex-gang member who has stepped away from his violent past in order to take care of his father, until he meets two immigrant children running from his former gang leader (Chris ‘Ludacris’ Bridges); watch it here… Ex-gang […]