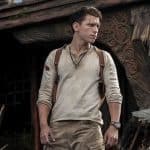 After spending years in development hell with numerous attempts to get the project off the ground, several delays and a revolving door of eight directors, Sony’s Uncharted movie has finally wrapped filming. Sic Parvis Magna. That’s a wrap on #UnchartedMovie. pic.twitter.com/0BmG5oHCsk — Uncharted (@unchartedmovie) October 29, 2020 While plot details are still currently unknown, star Tom […]

Nolan North, the voice actor for Nathan Drake in the Uncharted video games, has given his approval of Tom Holland’s live-action version of the character. We have just gotten our first look at Tom Holland as Nathan Drake for the upcoming Uncharted film. Holland certainly seems to look the part, with his look reminiscent of […]

After what seems like an eternity in development, filming is finally underway on the long planned Uncharted movie, and IGN has now unveiled the first official look at Spider-Man star Tom Holland as adventurer Nathan Drake in director Ruben Fleischer’s (Zombieland, Venom) big screen adaptation of the hit video game series; take a look here… […] Although Sony’s Uncharted movie has finally begun filming in Germany this July, Nolan North, who is best known for providing the voice and motion capture for lead character Nathan Drake in Naughty Dog’s Uncharted video game franchise, has revealed he hasn’t been contacted by the studio to make an appearance in the film. “No, they haven’t contacted […]

After numerous attempts to get the project off the ground, several delays and a revolving door of eight directors, Sony’s Uncharted movie finally began filming in Germany this July. Now, taking to Instagram, Tom Holland, who is taking on the lead role as Nathan Drake, provided a positive update on the film’s production and stating it’s everything […]

More than a decade after first squiring the big screen rights to the franchise, Sony Pictures’ Uncharted movie has finally began filming in Germany this week, with Tom Holland (Spider-Man: Far From Home) taking on the lead role of adventurer Nathan Drake. Uncharted is being directed by Ruben Fleischer (Venom, Zombieland) and was just about […]

Nolan North, the voice actor behind Nathan Drake, hopes the Uncharted film isn’t an exact adaptation of PlayStation’s video game series. Video game movies don’t exactly have the best track record, so it’s not surprising that there is a little trepidation around the Uncharted movie starring Tom Holland. Movies and video games are very different, […] Sony’s Uncharted movie can’t seem to catch a break. After numerous attempts to get the film off the ground, several delays and a revolving door of eight directors, the project was finally set to begin filming this year. Now, with Sony delaying production on the video game adaptation, star Tom Holland has revealed that he had arrived […] It should come as no surprise given the current situation, but with film releases continuing to get pushed back Sony announced it has delayed the majority of its upcoming 2020 slate to next year. This includes the big blockbuster releases of Ghostbusters: Afterlife, Morbius, Tom Hanks’ World War II film Greyhound and the much-stalled video game adaptation of Uncharted. […]