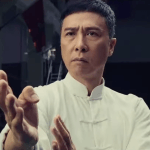 Ahead of its US release this Christmas Day, a new trailer has arrived online for the final instalment in the martial arts action drama series Ip Man 4 which sees Donnie Yen once again reprising his role as the legendary Wing Chun grandmaster, in what he’s recently revealed to be his final kung fu film; […]

Ahead of its release next month, a new trailer has arrived online for Ip Man 4, the final instalment in the martial arts action drama series which sees Donnie Yen reprising his role as the legendary Wing Chun grandmaster, alongside a cast that also includes Scott Adkins, Vanness Wu, and Kwok-Kwan Chan; watch it here… […] 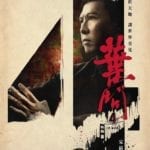 The first trailer and a poster have arrived online for the biographical action drama sequel Ip Man 4. The film reunites director Wilson Yip with Donnie Yen who is reprising his role as Wing Chun grandmaster Yip Man, alongside a cast that includes Scott Adkins, Vanness Wu, and Kwok-Kwan Chan; take a look here… SEE […]

A new trailer for the historial epic Dragon Blade has arrived online, which you can check out below… Directed by Daniel Lee (Three Kingdoms: Resurrection of the Dragon), the film centres on a Roman general who teams up with a former military commander enslaved for a crime he didn’t commit as they attempt to protect […]