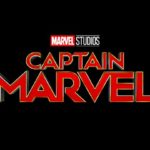 Last week it was announced that Annette Bening (Film Stars Don’t Die In Liverpool) has joined the cast of Marvel’s superhero origin story Captain Marvel, and now That Hashtag Show brings word of more additions to the cast. According to the site, both Ana Ayora (The Big Wedding) and Vik Sahay (Chuck) are set to appear in […]