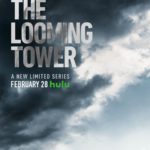 Red Stewart chats with composer Will Bates… Will Bates is an English composer who has been working in the film and television industry since the late 2000s. Though known initially for his compositions for documentary features, he has since earned praise for his work on acclaimed television shows like The Magicians and The Path. His most recent […]