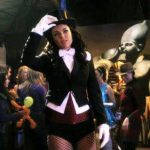 Back in December of 2018 it was reported that Warner Bros. and DC Films were mulling over the possibility of solo movies for three of their DC heroines in Supergirl, Batgirl and Zatanna, and now a new rumour suggest that the latter could be approaching the green light. According to DCEU Mythic, development is now underway […] 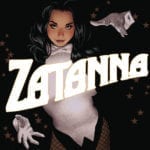 With its long-planned Justice League Dark film seemingly stuck in limbo, it seems that Warner Bros. and DC Films may be looking to give one member of the supernatural superhero team their very own solo outing as Deadline is reporting that the powers that be are considering moving forward with a solo movie for the […] 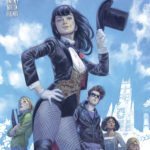 Ricky Church reviews Mystik U #1… While the DC Universe is filled with colourful superheroes like Superman, Wonder Woman, Batman and the rest of the Justice League that save the world and fight a ton of supervillains, it is also filled with quite a few magical heroes who fight demons and other magical foes. They […]