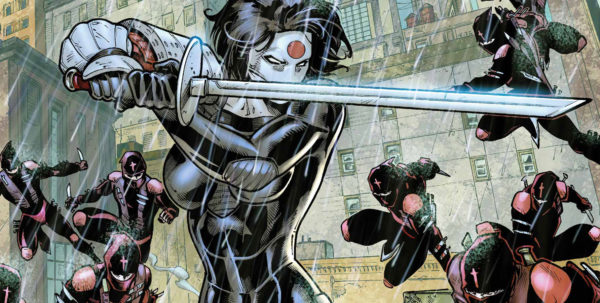 I know, I know but hear me out. Before she was well-and-truly butchered on-screen in David Ayer’s Suicide Squad last year, Katana was one of the coolest female characters in DC’s repertoire. Thanks to her essentially being the brunt of every Reddit in-joke since, it’s unlikely we’ll be seeing her in the proposed Gotham City Sirens movie (which by its very existence basically wipes away the chances of a decent Birds of Prey movie too). But if done right, Katana could bring the supremely badass world of Far East cinema straight to Hollywood in the best way.

We all probably know only too well by now that one of her main gimmicks is that Katana’s sword (the Soultaker of the title), traps the souls of her victims inside its blade. Somewhere in there is her dead husband too, and throughout her run in the comics she both speaks to and has a semi-functioning relationship with him through the sword, which is all kinds of weird. But just the right kind of weird to work on film. The Soultaker storyline sees her on a part-detective/part-revenge style mission, hunting for his killer, which flips the classic formula pretty brilliantly and leads to all sorts of genre-defining action set pieces.

Who should direct it? Given her background on Marvel’s Netflix shows Jessica Jones and The Defenders and their cleverly noiry-action, S.J. Clarkson would be a seriously exciting choice. Otherwise Karyn Kusama could bring a much darker perspective to things whilst keeping the laughs afloat, and The Villainess’s Byung-gil Jung is a total maestro with both dark female leads and totally insane action, so there’s plenty to choose from. 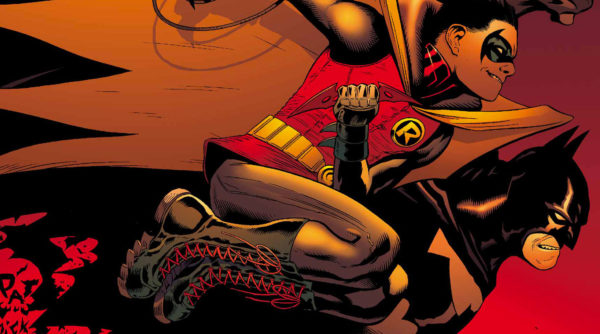 Casting off from the likes of Burt Ward in the 1960s, and all the old-school interpretations of Robin as basically just Batman’s whipping boy, it’s been hard to get a serious version of the boy-wonder off the page properly. Enter Damian Wayne; arguably one of DC Comics’ most fucked up characters to date. The unwanted love-child of Bruce Wayne and Talia al Ghul, he’s trained to be a ruthless killer from a young age, and as a teenager, ultimately tries to discover some sort of reason and morality as Robin, but largely fails.

By the crudest of definitions, Damian’s a sociopathic kid who’s forced into being both a superhero and an assassin thanks to his royally screwed up bloodline. Grant Morrison totally nailed his psychopathy in the Batman Reborn storyline and those that followed, wherein original Robin Dick Grayson stepped into the cape and cowl to teach Damian some manners, after Bruce Wayne goes walkabout (presumed dead), so that would be a great starting point. Even if he ended up getting his own We Need To Talk About Kevin-with-ninjas-style origin story it would be a great way to delve into DC’s even darker heart, and get a proper coming-of-age story onto their slate too.

Who should direct it? I Am Not A Serial Killer’s Billy O’Brien would be the most obvious choice, but Raw’s Julia Ducournau has history with this sort of ground and could definitely make for something satisfyingly eerie too. 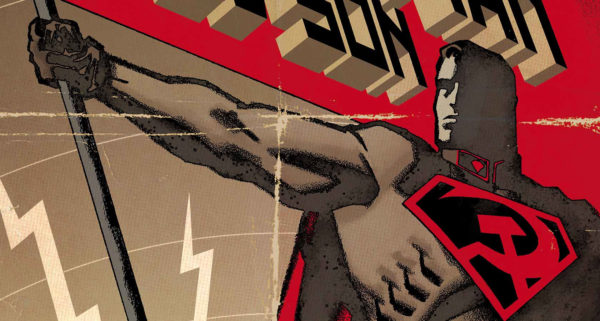 This would arguably form the ultimate standalone for DC, and has the potential to be a real, politically and historically-driven sucker punch of a drama about the underlining philosophy of superheroes and our ever-changing societies. Red Son has one absolute belter of a set-up: what if Superman had landed in Ukraine as a baby instead of Kansas, raising him to be a Soviet hero during the Cold War, “the Champion of the common worker who fights a never-ending battle for Stalin, socialism, and the international expansion of the Warsaw Pact.”?

The plot itself is a politically-charged, decade-spanning period epic that involves Superman clones, Lex Luthor, an alternate timeline Batman and Wonder Woman, and eventually, time paradoxes, that wraps up in one absolute doozy of an ending. It’s a beautifully brave bit of fiction that could really move the dial for superhero movies if given the right send-up. Rumour has it, this one’s already on the cards too after original writer Mark Millar (yes, that Mark Millar) alluded to some Warner Bros. meetings in some tweets to Kong: Skull Island’s Jordan Vogt-Roberts.

Who should direct it? Well, considering he’s been pitching it around for some time and has a priors for great action movies with politically-leaning historical settings, Vogt-Roberts would be a great start. Failing that, George Miller’s been itching to get his hands on Superman since his Justice League: Mortal movie fell apart in 2007.