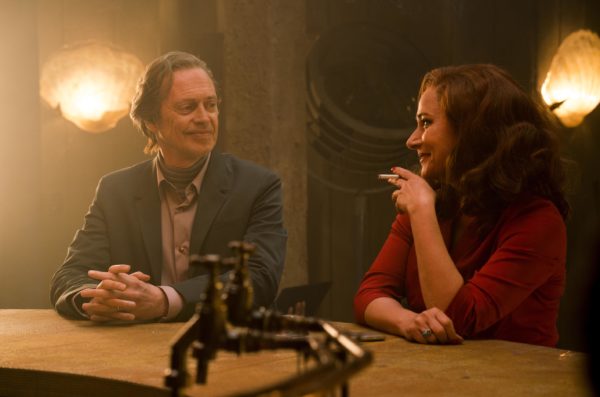 This week’s Philip K. Dick’s Electric Dreams takes its inspiration from the story originally titled “Sales Pitch”, which was published way back in 1954 within Future magazine, now here delivered in 2017 under the new moniker of “Crazy Diamond”. This reimagined version has been written by Tony Grisoni (The Young Pope, Fear and Loathing in Las Vegas) and is directed by Marc Munden (National Treasure, Utopia).

In a world of genetic-splicing and chimeras, where the food you eat is sold to you with barely a shelf life of a day and it’s illegal, if not impossible, to grow your own food, Ed Morris (Steve Buscemi) longs to escape this world with his wife via the open sea.  However, this isn’t that simple due to the controlling nature of this new world and the pull factors woven around them.  The mere mention of going off to sea and leaving his job, along with his stable life, distresses his wife Sally (Julia Davis) greatly, who finds herself discussing Ed’s ramblings with the local security officer (Joanna Scanlan) – who is 40% part Suidae – on her daily commute. 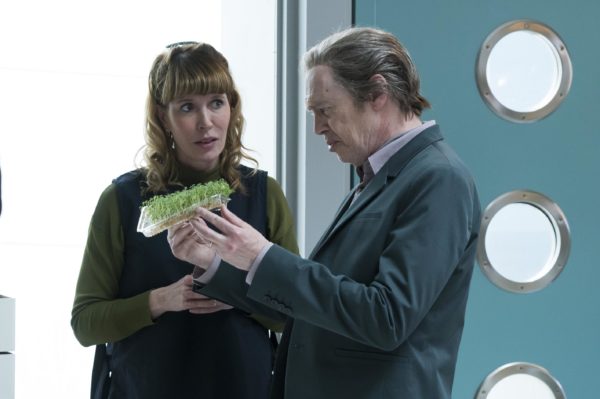 Within Ed’s place of work – the Spirit Mill – he maintains numerous vials of ‘Quantum Consciousness’ – minute organic fragments which bring being to the synthetic humans.  During a given tour of the facility, he’s approached by one of the visitors (Sidse Babett Knudsen) and they instantly spark. It rapidly comes to light that this woman is in fact a Jill, a synthetic human and she needs Ed’s help.  With Ed slowly becoming wrapped around Jill’s finger, his world begins to change for the worst as he finds himself making decisions he previously thought he wouldn’t ever have to. 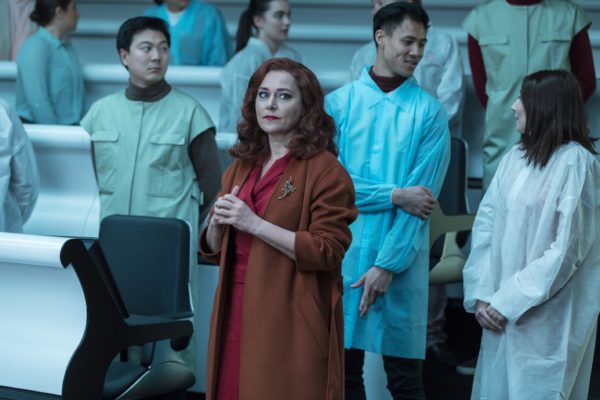 Here’s something odd.  Our previous Electric Dreams episodes have all – to an extent – remained quite loyal to the original works they were based upon.  Here in Crazy Diamond we have a good slice of sci-fi, with a nice noir vein running through it, yet to say it’s inspired by Sales Pitch is perhaps in names of characters only.

The original tale was more about the aggressive nature of corporations and their forceful advertising.  We found our protagonist (Ed) and wife (Sally) being hounded by a fasrad robot, as it attempted to sell itself.  Here in Crazy Diamond however we’re looking at freedom from a gilded cage, consumerism, castes, a police state and and a given fate.  Granted these tick the boxes of a Philip K. Dick story, but this isn’t Sales Pitch.

People have been popping their heads up on the odd occasion uttering words along the lines of, “…is this Channel 4’s new Black Mirror?” and previously I’ve said, “No”, directing them towards the fact all of these tales arrived in the 1950’s.  Don’t get me wrong, I’ll champion the excellent Black Mirror all the way, however I’d say here that Crazy Diamond would easily fit into the Charlie Brooker’s anthology series, due to the feel of this episode and changes done to Sales Pitch. 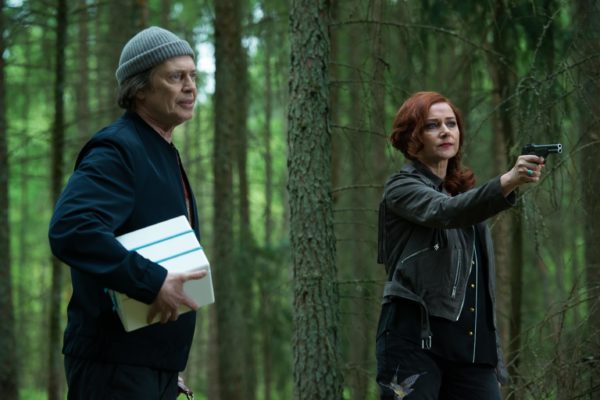 However – and this is one of those big HOWEVERs – Crazy Diamond is a rather splendid episode. It takes place in a clean, perfectly mown world, where everything seems fine and nice, unless you look in the blurred corners and see the crumbling world swallowing away somebody’s life, or attempt to dig just a little down to find this is all just a stage.  This may appear to be a utopia, but when you look between the bushes the truth is you’ll see you’ve got a nicely packed, wonderfully branded, slowly arriving dystopia with Ed being one of the first to feel the rot.

Crazy Diamond is a good piece of science fiction, but to call in Philip K. Dick’s Electric Dreams I think is stretching it a bit this week.  Though it was nice to hear the first few lines of, “Flow my tears…” being sung as Ed’s password.