As we are now less than a day away from the release of Justice League, my countdown to the film is nearly done. My last suggestion for audiences to check out before and/or after the film is one that actually shares many of the films themes on hope and heroism: Geoff Johns’ Infinite Crisis, a story celebrating the 20th anniversary of the classic Crisis on Infinite Earths that reset the DC universe in the 80s. Infinite Crisis is a deconstruction of the nature of heroism, hope, change and responsibility in a complex world. 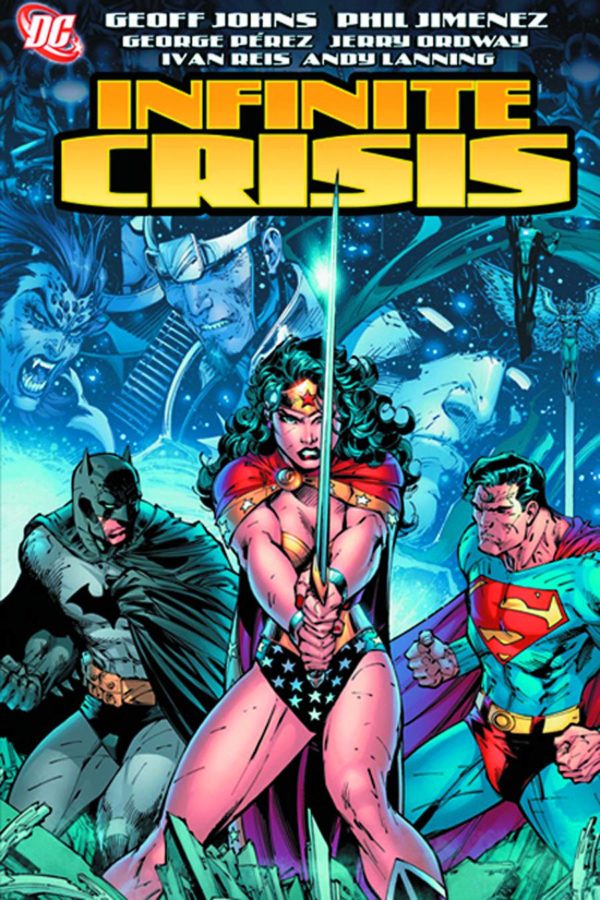 Crisis on Infinite Earths ended with the multiverse converging into one solid universe while the Golden Age versions of Superman and Lois Lane and parallel versions of Superboy and Lex Luthor are placed in an idyllic bubble dimension where they can still witness the events of the new universe. However, when the surviving heroes become convinced that the new universe is corrupt after several of the DC heroes make some dark and questionable choices; Wonder Woman kills Maxwell Lord, members of the League wiped the memories of Batman and villains and several of DC’s hopeful figures either became disillusioned or were killed off in some terrible ways. They, specifically Lex and Superboy Prime, saw their sacrifice as worthless and began working to bring the multiverse back and create their vision of a perfect world.

Luthor and Superboy Prime weren’t necessarily wrong, though. A lot of the heroes weren’t acting very heroically, even Superman was feeling like he couldn’t do anything to pull the world or the League back from the darkness that was threatening to engulf them from within. There’s a great scene between DC’s trinity where they each discuss their shortcomings and Batman tells Superman that the last time he really, truly inspired anyone was when he died. Its a moment where you really see the conflict among Batman, Superman and Wonder Woman opened up and just how difficult it might for them to rebuild their relationships. 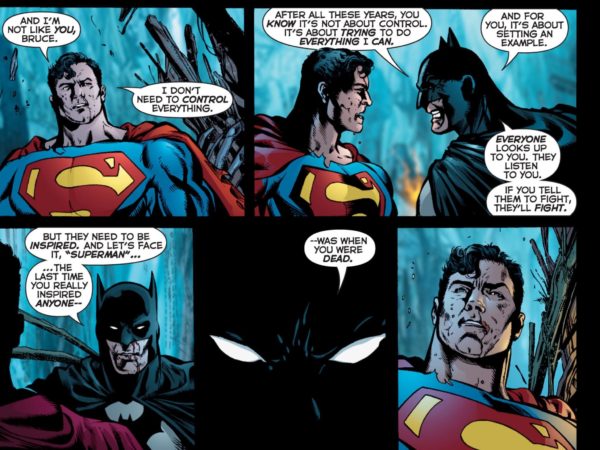 Throughout Infinite Crisis, the lines between heroes and villains are examined with a lot of thought. Superboy Prime, for example, blames everyone else for causing all the problems, even forcing him to accidentally kill people, while Kal-L (the Golden Age Superman) sees the world as inherently flawed and corrupt. It doesn’t help that his Lois seems to be dying from the corruption, further distorting his view on the DC universe when really Lois’ illness is caused by Luthor and he’s simply manipulating Kal-L into his plan.

Johns really uses Infinite Crisis as a means to make a meta-commentary on the tone of the comic industry during the late 90s and early 00s. Many of the stories were too serious and dark with frankly a lot of terrible things happening to the characters. Johns used this event as a vehicle to examine the seriousness in comics and bring it back to a place of lightness, fun and, most importantly, heroism. As the battle between the assembled heroes of the DC universe line up, Barbara Gordon comments on how the line between good and evil never stood so clearly before. However, Superman has two nice zingers that encapsulates the theme of the story: 1) that if it were a perfect world there would be no need for a Superman and 2) it doesn’t matter what you wear on your chest, but the actions you take that make you a hero. 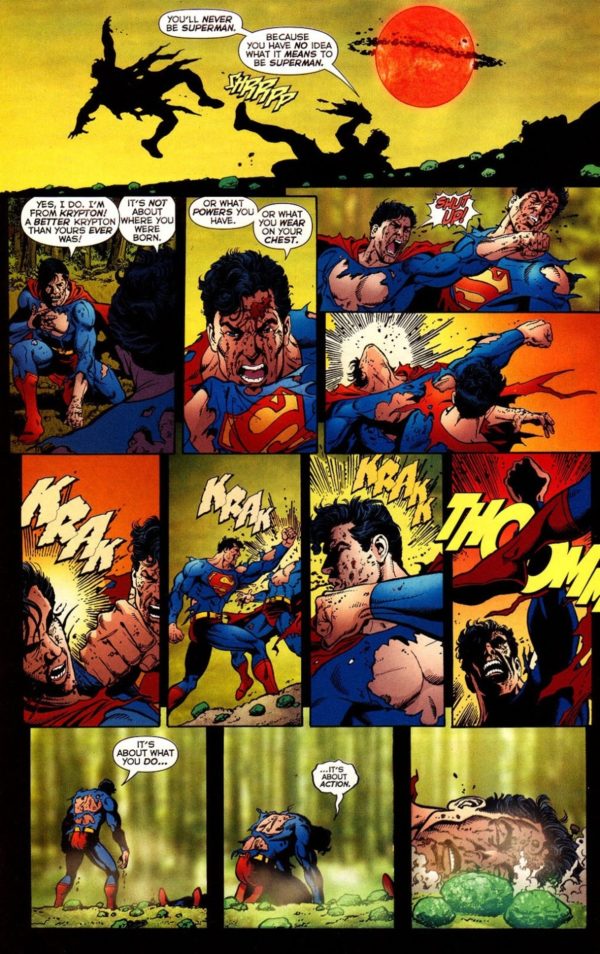 More than that, though, the story is incredibly heartfelt. There are several sacrifices characters make to save the day, some of them longstanding ones, with heartfelt goodbyes. Now some comic book deaths are done as a stunt or for publicity, but Johns made some of these deaths, particularly towards the end of the story, very emotional and significant to the book’s themes. One departing character uses their last words to the surrounding heroes as a reminder that this is why they fight in the first place.

Infinite Crisis also features some pretty great action with art done by the legendary Phil Jimenez.As much as the story is treated as an introspective and philosophical look at these heroes, Johns never forgets the world saving crisis at hand and Jimenez delivers. Whether its Superboy vs Superboy Prime, the Supermans and the rest of the League vs Doomsday or the tense scene as Batman faces down Luthor with a gun, there is a lot of great imagery throughout this story. 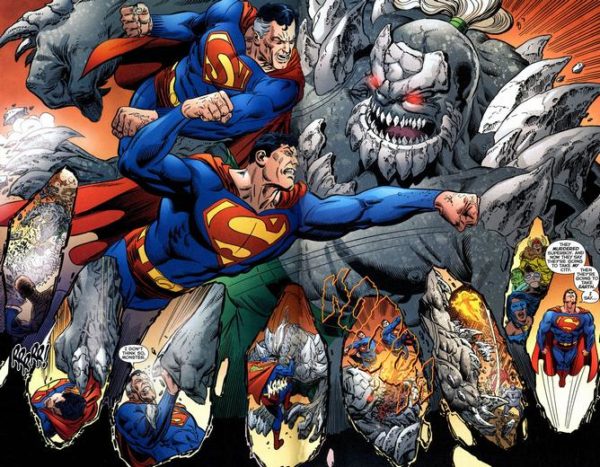 Combined with the themes, writing and artwork, Infinite Crisis is a great examination of the DC Universe’s ideals and how the heroes must change in order to better combat the threats that come their way. It’s a great book to check out in all of the Justice League hype and shows the beginnings of John’s rise in DC and just how much he understands what the comic medium is and what the heroes are supposed to be.