Forty years ago, there was a seismic shift in the film industry, when Bernard Loomis of Kenner Toys decided that Star Wars was ‘toyetic.’ That shift, all those years ago, has led us on a journey of courtship between movies and merchandising, that has brought us to The LEGO Movie franchise. There have been many diversions along way – perhaps, most notably, Hasbro and the Transformers film franchise – but LEGO… well, LEGO is different. LEGO – with all its flexibility and trans-generational appeal – has created the ultimate marriage between movies and merchandise.

The rise of movie merchandising

Bernard Loomis was a toy development executive who had worked for Mattel during the introduction of its Hot Wheels line of toy cars in the late 1960s, and proposed the animated television show that subsequently went along with it. Such an endeavour proved problematic, as rival toy companies filed complaints with the Federal Communication Commission, alleging that the show was essentially a 30 minute long commercial for Mattel in the guise of a children’s show. Loomis departed Mattel for the Kenner Toys division of General Mills, and shifted his focus to cinema.

Star Wars was on the radar of Loomis and Kenner Toys as having merchandising potential, but the toy executive initially met with Steven Spielberg – with a view to developing toys connected with Close Encounters of the Third Kind. He soon determined that the movie was not ‘toyetic,’ and discussion with Spielberg helped Loomis settle on Star Wars as Kenner’s next big deal. This deal – which ultimately saw over 300 million Star Wars action figures sold between 1978 and 1985 – influenced the next step in the evolution of studio filmmaking, as it revealed a highly lucrative additional revenue stream that had never before been fully exploited.

It is clearly this point in the history of the film industry that gave rise to a new approach by studios – in which the ‘toyetic’ nature of potential film projects became a higher priority in the ‘greenlighting’ process. Merchandising tie-ins subsequently became a big part of the success of films such as E.T.: The Extra-Terrestrial, Ghostbusters, and the Back to the Future films, and this only increased as we moved into the following decade. Jurassic Park branded lunchboxes quickly filled school canteens, and everybody wanted a Buzz Lightyear from Toy Story for their very own. 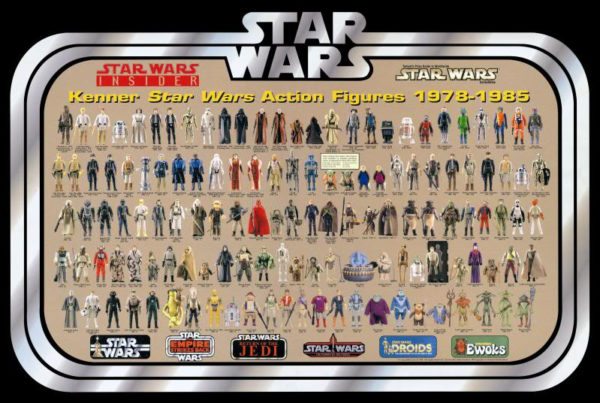 The decade that followed – the 2000s – saw the rise of the cohesive cinematic universe which, combined with superheroes, became the new merchandising tie-in mother lode. Marvel products soon became the must-have items, certainly rivalling the popularity of Star Wars toys during their heyday. But, while consumers were getting excited for each new branded product that hit the shelves every Christmas, the LEGO brand was quietly plugging away – waiting for its moment.

LEGO – the simplest ideas are the best

It is arguably the simplicity of LEGO that has ensured its longevity as one of the most popular toys ever created. The interlocking bricks of various colours and sizes were invented in 1949, by Ole Kirk Christiansen of the Denmark-based company The LEGO Group. There are currently over 600 billion LEGO pieces in circulation, which – six decades on – is testament to the loyalty the brand inspires over successive generations.

Like all the most successful commercial brands, though, LEGO’s power lies in its diversification within pop culture. Had it remained a simple construction tool for children, it would undoubtedly have maintained a healthy sales level, but the exponential growth of LEGO is a result of moves into film, television, video games, and theme parks – which is a strategy similar to that seen with the growth of the Disney brand (which now includes Star Wars, Pixar, and Marvel, of course). 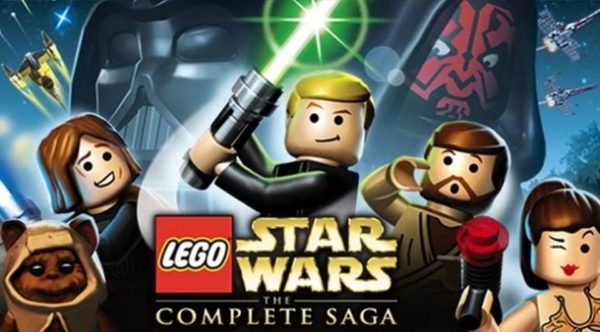 But, LEGO has a secret weapon – and it is this that allowed for the creation of The LEGO Movie franchise, and subsequently secured its position as brand consultancy Brand Finance’s ‘World’s Most Powerful Brand’ in 2015. In its capacity as a toy product, LEGO has acquired license to produce various lines tied in with other examples of the biggest pop culture brands – which essentially began in 1999, with the licensing of LEGO Star Wars. As its licensing agreement with Lucasfilm has been repeatedly extended ever since, there are now over 370 individual Star Wars LEGO sets available, in addition to other LEGO-themed Star Wars merchandise items – such as key chains, and lamps.

This licensing strategy proved to be very successful in the evolution of LEGO animation – Brickfilm – which began in the 1970s, when amateur animators produced short films using LEGO and stop-motion techniques. The short-lived LEGO Studios line of products reflected the brand’s support of LEGO filmmaking, but it was not until LEGO partnered with Miramax in 2003 that the brand began to make official films based on LEGO products – the first being Bionicle. Since that trilogy ended, there have been 12 straight-to-video films, seven short films, 12 TV specials, and 14 TV series. All of these projects – which have included Star Wars, DC, Marvel, Indiana Jones, Scooby-Doo, and LEGO’s own Clutch Powers and Hero Factory lines – have served to merge the ideas of LEGO and screen entertainment in the consciousness of pop culture.

Continuing this expansion – and its strategy of connecting with other successful brands – LEGO introduced the LEGO Super Heroes range in 2011, which specifically featured construction sets of DC characters and scenarios, Marvel characters and scenarios, eight home-release animated movies, and a variety of video games. During the following years, the range would expand to include sets that were specific to giant genre movies, such as Batman V Superman: Dawn Of Justice, and titles from the Marvel Cinematic Universe. This reintroduced LEGO Batman – which had previously featured as a product range from 2006 to 2008, tying in with Christopher Nolan’s Dark Knight movies.

Suddenly, with the explosion of superhero cinema, the reboot of the Star Wars franchise, and the video-game expansion of both, LEGO was perched at the intersection of maximum brand recognition within pop culture – and there is surely no better time to launch a cinematic universe than that. 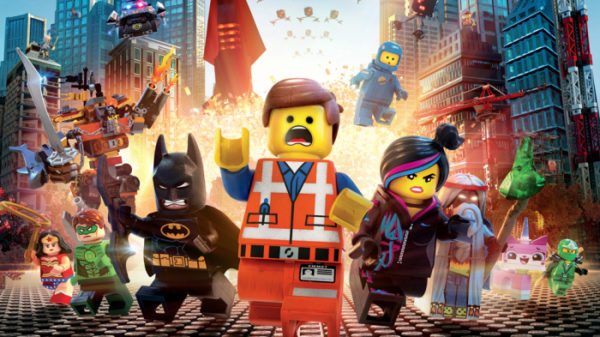 When your own product is one of the most iconic brands in the world, and you have license for several of the other most iconic brands in the world, everything is indeed awesome. Leaning heavily on its ability to mix instantly recognisable characters and sets with brand new inventions, LEGO debuted its first feature film for theatrical release in 2014, with The LEGO Movie. The brand’s licensing deals meant that productive relationships with studios were already in place, and it was Warner Bros. that developed and released the movie.

Directed by Phil Lord and Christopher Miller (Cloudy with a Chance of Meatballs), from a script they wrote with Dan and Kevin Hageman, the film was a giant critical and commercial success – to the tune of $469 million in worldwide box office, against an estimated budget of $60 million. It was a unique movie, thanks to its ability to bring together beloved characters from Star Wars, DC, Marvel, Teenage Mutant Ninja Turtles, The Simpsons, Harry Potter, and The Lord of the Rings on the big screen, for the first time – alongside a new set of figures who were instantly elevated to iconic status, thanks to an excellent script and outstanding direction. This ensured that The LEGO Movie was a celebration of both LEGO construction, and pop culture in general – which, in turn, guaranteed its universal appeal.

Once that secret weapon – the licensing of other brands – was deployed within the confines of The LEGO Movie, the effect of that strategy spread far and wide through pop culture, with the release of LEGO products and merchandise tied in with the movie. To be clear, that’s merchandise for a film, based on a toy line that expanded its brand by licensing movie and television brands for merchandising, and then turned all that into a movie of its own. The beauty of it was that by including LEGO’s own products – such as Duplo – alongside the other brands, The LEGO Movie served to raise the profile of LEGO’s entire product line without it ever feeling like a feature length commercial.

This success was consolidated with the release of The LEGO Batman Movie in 2017 – which delivered a feature film story involving all the characters included in LEGO’s DC product line. The film – directed by Chris McKay, from a script written by Seth Grahame-Smith, Chris McKenna, Erik Sommers, Jared Stern, and John Whittington – was a little less commercially successful than The LEGO Movie, but still generated $312 million against an estimated $80 million budget.

The real test came in September 2017, with the release of The LEGO Ninjago Movie. This was the first instalment of the theatrically released LEGO film franchise to be based entirely upon the brand’s own characters. LEGO Ninjago was launched as a LEGO range in 2011 – as a reinvention of the Ninja theme that ran from 1998 to 2000. Ninjago takes elements from this previous range, but channels them into a new line, sub-titled Masters of Spinjitzu.

The LEGO Ninjago Movie was assumed to be a solid bet for LEGO and Warner Bros., because it was preceded by a lengthy and very popular animated TV show – titled LEGO Ninjago: Masters of Spinjitzu – which launched on Cartoon Network in 2011. Directed by Charlie Bean, Paul Fisher, and Bob Logan, The LEGO Ninjago Movie was written by Logan, Fisher, William Wheeler, Tom Wheeler, Jared Stern, John Whittington, Hilary Winston, Dan Hageman, and Kevin Hageman. In the film, the six ninja and their Master Wu must defend Ninjago from the evil Lord Garmadon – who also happens to be the father of Green Ninja, Lloyd.

With this first movie in The LEGO Movie franchise to be based entirely on its own brand, LEGO faced drastically diminished returns, though. A combination of lower box office takings ($119.4 million worldwide, against an estimated budget of $70 million), and a luke-warm critical reaction suggests that it is, in fact, the merging of brands – evident in The LEGO Movie and The LEGO Batman Movie – that viewers respond to most strongly. If this is indeed the case, then we can expect to see significant box office success for The LEGO Movie sequel (due for release on February 8th, 2019), followed by a small, but notable drop in box office business for The LEGO Movie spin-off, The Billion Brick Race (scheduled for release on May 24th, 2019).

This trend, over the course of three released franchise films, would seem to indicate that the power of the LEGO brand does indeed stem from its secret weapon – its ability to permeate pop culture further by combining globally iconic brands in ways that are entirely unique to its line of toy products. Nobody does Brickfilm animation like LEGO does – and as long as it adds a dash of Star Wars, Marvel, or DC magic, everything remains awesome.