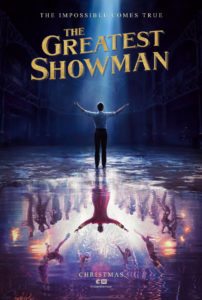 Inspired by the imagination of P.T. Barnum, The Greatest Showman is an original musical that celebrates the birth of show business and tells of a visionary who rose from nothing to create a spectacle that became a worldwide sensation 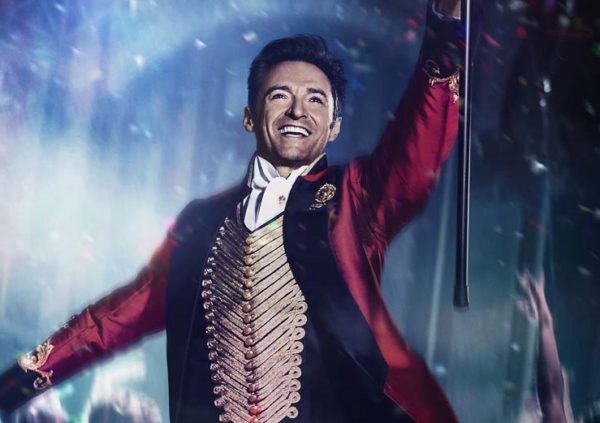 At one point during The Greatest Showman, (the directorial debut from visual effects creator Michael Gracey) a stuffy theater critic puts down P.T. Barnum’s curious show of misfits for not being highbrow. Throughout the course of the musical Hugh Jackman’s optimistic, possibly fraudulent live-arts entrepreneur (the movie addresses the façade of certain aspects regarding the show and the fact that he may have been intentionally using unloved and unwanted broken people to rise from his own poverty instead of wantingly and caringly providing them with a place of inclusion, but never goes far enough in its characterization to incite a strong opinion of his personality either way) seeks understanding and respect from the filthy rich who spit on his social status while looking down on him. The professional journalist also fairly gives the advice that successful work doesn’t always have to appeal to a sophisticated audience.

It’s a true statement and something we see run rampant in all forms of entertainment, including cinema. I don’t even want to look at the box office result for next week’s overcrowded Christmas releases for fear that some atrocious offering might overtake a great film. Again, this is my opinion as a writer and analyzer, which according to a great line in The Greatest Showman means I’m doing all of the thinking for you, the reader. That’s not something I want to agree with, but it is true in certain scenarios; some of you will read this review and upon realizing I didn’t really care for the movie, might choose not to watch this. As usually is the case, it’s an unfortunate predicament because I genuinely feel that if the songs (written by Justin Paul and Benj Pasek, the award-winning duo behind La La Land‘s tunes) appeal to your musical tastes and the flashy choreography as artificially spectacular as the circus itself looks like fun, then it’s worth going to see.

The unbearable autotune is not going to be for everyone, which is a shame considering that the lyrics themselves work for the majority of the songs. It’s baffling and frustrating that with exceptional singers signed on such as Hugh Jackman, Zac Efron, Zendaya, Tony nominee Keala Settle, and other notable star power such as Michelle Williams and Rebecca Ferguson (I apologize if they have singing backgrounds I’m simply not aware of) the vocals are faked, even if it does fit in with the superficial presentation and will unquestionably help the movie sell more tickets to mainstream audiences. Even so, there are a few numbers here and there that are easily enjoyable thanks to the cinematography and general message found within every autotuned line delivery, overcoming their bubblegum flavor.

The real surprise is that these songs, and the best moments of the film all around, don’t involve Hugh Jackman (outside of the opening and arguably the ending). Disappointingly, for much of the running time, the so-called freaks are the sideshow of a movie celebrating differences and diversity that exist among humans, getting so deflating to the point where you realize you know nothing about these characters and their struggles whatsoever. Lettie (the bearded lady with a stunning set of pipes) has a moving moment mentioning that most of the group were disowned by their own mothers, and it’s amazing that the quote has any emotional impact at all seeing as the characters only exist to further P.T. Barnum’s rags to fame arc. There’s a sequence where the sideshow act finally gets to step out from behind the curtains and perform their own musical number; unsurprisingly, it steals the entire movie. The Greatest Showman could have been a rousing and poignant work important to disrespected abnormal citizens, but instead, it’s just rousing with a lot of hollow razzle-dazzle. 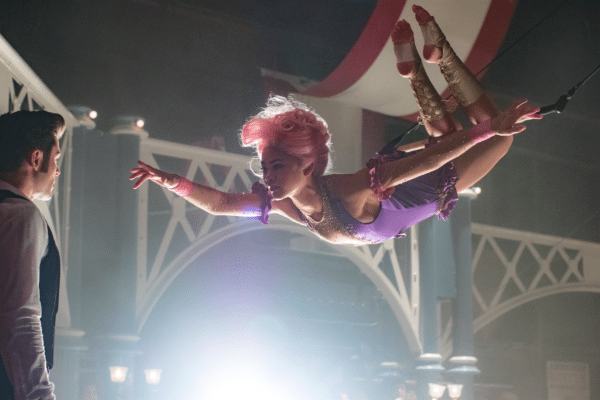 The script (written by Jenny Bicks and live-action Beauty and the Beast director Bill Condon) also makes the head-scratching decision of dedicating a subplot to Zac Efron’s Philip Carlyle pursuing a romantic relationship with Zendaya’s trapeze artist Anne, amounting for some laughably bad scenes of his immediate family chastising him for catching feelings for the freak. Now, obviously her double-jointed nature and flexibility could be viewed as unusual, but really? It’s still a budding love between two of the most beautiful celebrities walking the Earth, so it’s impossible to accept this as something forbidden in any shape or form. One of the strongest and catchiest musical performances come from the pairing, but it’s still largely silly and worthless.

It feels as if the filmmakers were aware that The Greatest Showman was a shallow pile of nonsense built on aesthetics and choreography, so color me not shocked to learn that Hugh Jackman’s Logan director James Mangold was brought in to work on re-shoots and additional scenes. It’s not out of left field to suggest that the themes of poor and wealthy along with conversations debating the consumption of art were his doing to add something of substance to the proceedings. Without that connective tissue, the film merrily transitions from cheery musical number to the next, hitting on details of P.T. Barnum’s dreamer life with bullet point style presentation. Frankly, the experience should be better, but it’s hard to deny occasionally getting caught up in the pageantry of the eventual circus.