The Great Wall – The Siege

Okay this is sort of a pity mention, but did anyone actually see The Great Wall, or did the world just collectively decide to hate it for no concrete reason?

It was honestly alright and when it came to the action, director Zhang Yimou (House of Flying Dangers) clearly put a lot of effort in. Each of the film’s set-pieces feel distinct and they are all rife with tiny details and interesting concepts.

For example, we have people bungee jumping off the titular structure, so that they can strike down from above using spears. There are guards who operate rotating blades to cut down enemies trying to scale the wall and there are archers who fire whistling arrows that can be used to locate creatures in low visibility . Even the monsters have a few clever strategies, like when they group together and use their reptilian hoods to make a kind of Roman shield formation.

If you’ve been avoiding this film because of the haughty critical reception, then you should seriously give it a try. After all, these crazy ideas deserve to be seen by more people.

As you may have noticed, this is the only entry here to originate from either the DCEU or the MCU. Which basically guarantees that somebody somewhere is going to be annoyed.

Oh well, here goes. The jail break in GOTG Vol. 2 is arguably Marvel’s greatest set-piece to date. It might not have the dramatic heft of Civil War’s central bout, nor is it as overtly epic as the climax of The Avengers, but it’s got a sense of vibrancy and playfulness that epitomises the MCU at its very best.

Which is exactly why this scene is such a breath of fresh air, as James Gunn deviates from the beaten path, giving us something that we haven’t seen before. That being a space pirate, a baby tree and a talking racoon all gleefully murdering people to the infectious rhythms of ”Come a Little Bit Closer’’ by Jay and the Americans. Where else can you watch a flying arrow illuminate a pitch black room as it carves its way through a staggering amount of bad guys?

Overall, this sequence is simultaneously adorable (See Baby Groot getting all riled up), badass and visually arresting. It also feels surprisingly anarchic and amoral for Marvel. It is afterall, a blackly comedic celebration of unmitigated slaughter, one that is considerably more entertaining than just another vanilla superhero brawl. 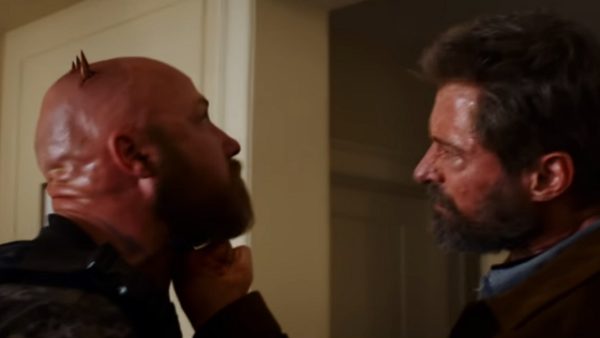 Like John Wick and Baby Driver, Logan is another film that warrants multiple spots on this list. An honourable mention is certainly due for the highly original limo chase, which somehow conjured up a tangible sense of peril and threat, despite the fact that our protagonists are basically invincible. On a side note, it was also incredibly resourceful in its use of just a couple of motorbikes, a wire fence and a smidgen of face stabbing.

However, as clever as that was, the best bit in Logan has to be the unforgettable Casino scene, which is unlike anything else you’ll see in a superhero film. A show-stopping exercise in tension, this sequence was fraught with urgency and different layers of jeopardy. It didn’t hurt that it was also bolstered by unflinchingly brutality.

For context, it is made clear throughout the film that Charles Xavier is failing to control his mutant abilities. This is because of his continuing battle with an extremely aggressive degenerative brain disease. The devastating condition forces Charles to experience sporadic seizures that not only affect him, but also those close by. Indeed, whenever he suffers from one of these episodes, his powerful telepathy manifests itself by compelling everyone to enter into a state of stasis and intense pain. Only Logan has the capacity to resist these involuntary attacks, and even then, it’s shown to be a gruelling struggle.

These seizures come into play during the aforementioned Casino scene, as Charles is triggered at the most inopportune moment.  Stuck on the ground floor of the building, Logan has to travel up numerous levels in order to find Xavier and inject him with medication, otherwise there will be a high number of civilian casualties.

That’d be suspenseful enough for most films, but it is given an extra-dimension when it transpires that Charles is surrounded by hostile gunmen, who are all frozen on the spot. What follows is a wince-inducing display, as Logan forces himself to reach Professor X, battling against psychic agony and graphically dispatching his paralyzed foes. This entails jamming his adamantium claws into people’s eyes, abdomens and up through their chins. It’s gloriously violent, which is obviously part of the appeal, but more importantly, it feels wholly distinct from pretty much any other fight scene. And in the era of so-called ‘’superhero fatigue’’, that is exactly what we need to keep the genre feeling fresh. 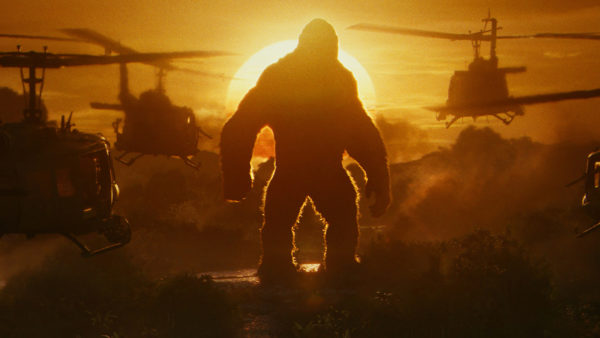